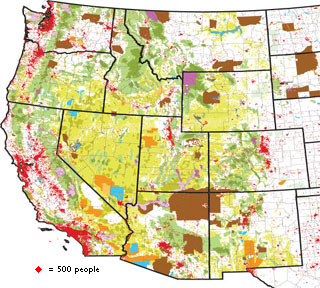 We’ve been visiting our newborn grand-daughter in Maricopa, Arizona these past few weeks and one day while driving near town Mikki saw a small band of wild horses. Over the course of the past few weeks, she saw these wild horses a few times. Finally, today, Mikki’s dad was able to snap a photo.

The term “wild horses” is used frequently here in the Phoenix area to name developments, a casino, gas stations, etc. but now it makes more sense to me. There really are wild horses still in Arizona and throughout the west.

Wild horses are believed to be descendants of horses brought here by Spanish conquistadors between the 1400’s and 1600’s. Today, there are thought to be less than 25,000 wild mustangs in the U.S. The horses we saw in Maricopa are managed by the Gila River Indian Community. Approximately 2,000 horses exist across their 370,000 acre reservation near Maricopa.

I like to think the west still has some wild in it and for us these horses prove it.